The hand of General Goodenough 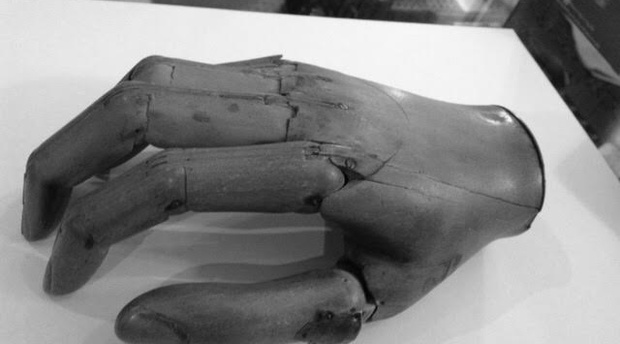 During his stay he shared with us some wonderful stories. Here is the tale of The hand of General Goodenough, written as a letter to his daughter

The hand of General Goodenough

I am addressing this letter to you as it would have been in those times (Nowadays it would be Hi Heath). By those times I mean the early days of Matjesfontein (Now spelt Matjiesfontein) in the late 1800’s and the Boer war around 1900. Your name gives you a link to Heather in the mists of the Scottish Highlands and the story that follows has links to Scotland and India.

My grandfather was James Douglas Logan (Born – 24 June 1880 - Died 2 January 1960) of Matjesfontein. He was the son of the ‘Laird’ and founder of Matjesfontein after whom he was named. His story and that of Matjesfontein are a fascinating piece of our history which has been touched upon by many writers including including Lawrence Green who once interviewed my grandfather. He was known to me as ‘Oupa’ and to others as ‘Daddy Jim’. My father called him ‘Major’ which I think was a rank bestowed on him when he had to form a posse to try and catch someone known to be a participant in the ‘Rebellion’ (1914?).

The ‘Laird’ was born in Berwick on Tweed in Scotland and always retained his Scottish links. My grandfather was born in South Africa but sent to Blair Lodge School in Scotland for his education. He celebrated his 21st birthday on 24 June 1901 at Dalguise Castle which was hired for the event. The ‘Laird’ used the occasion to invite many of the ‘hoi polloi’ and nobility in Scotland and England as publicity for Matjesfontein. He was promoting it as a resort with pure, dry air particularly suitable for people suffering from consumption (TB), which was rife in those days. I have the gold watch which was given to my grandfather on that occasion with the details engraved on it complete with the Logan crest and motto ‘Semper Paratus’. This was passed on to me by my uncle, Harry Bramley. I should mention that, although he was the only grandfather I ever knew, he was actually my step – grandfather. He was a wonderful man who played the most significant and influential role in my early life. He was very popular and loved by all who knew him. He was particularly fond of animals and nature in all its forms.

‘Oupa’ was a wonderful story teller and his tales of the ‘old days’ were known far and wide. I used to hang on his every word. Lawrence Green spent some time with him and included some information on Matjesfontein in his book, ‘Karoo’. Unfortunately, according to my Uncle Harry, the spontaneity deserted him when faced by Lawrence Green and he basically confined himself to answering questions, so much of his knowledge and experience was withheld.

During those times – round about 1900 when the Boer War was taking place – several Scottish and English regiments were stationed in camps around Matjesfontein – some 12-20000 troops. These included the Third or Highland Brigade made up of the Seaforth Highlanders, Second Battalion Royal Highlanders (or Black Watch) and the Gordon Highlanders - three crack Scottish regiments. Matjesfontein was the headquarters of the Cape Command, the Coldstream Guards, the Seventeenth Lancers and the Middlesex Regiment amongst others. It seems clear that the ‘Laird’s’ influence brought this about.

He also used his influence to persuade the widow of General Andrew Don-Wauchope to have him buried at the Matjesfontein cemetery a few km South of Matjesfontein visible between the main road and railway line to Cape Town at a siding aptly named ‘Memorials’. The General had been killed at the battle of Magersfontein (10 Dec. 1899) many miles away. He probably confused the widow with the name of Matjesfontein and the promises of very elaborate memorials on ‘the site where he was killed’. Those memorials are in the form of a large obelisk and details of his glorious campaigns in various parts of Africa including the Ashanti War (1873/74), the Egyptian Battle (1882/84), the Sudan Battle (1884/85) and the Battle of the Nile (1898).

That cemetery is also the resting place of the ‘Laird’ and his wife, my grandfather and several dignitaries and inhabitants of Matjesfontein at that time and later.

(As an aside Mom’s cousin Dr Ron Bester tells us the story he heard from his grandfather who was amongst the Boers at the battle of Magersfontein. They saw this ‘beautiful’ general, dressed in a white tunic, come out on to the battlefield only to see him gunned down by a volley of shots. Both sides apparently raised white flags and met in the middle with the Boers standing in tribute with their hats in their hands and heads lowered. They apologised profusely and, allowing the general to be carried off, they called off the battle for the day. We will fight again tomorrow!)

I have given you all this background to try and put into perspective how you now come into possession of the hand of General Goodenough and what sort of times the world was experiencing. By the way I will also pass on to you the compass purse said to be of General Don-Wauchope. It has a hole in it surrounded by the General’s blood. He was shot in the heart by the Boers with the bullet passing through the compass. I will also hand you a fragment of an exploded artillery shell (Longtom?) said to have been picked up on the battlefields of Magersfontein.

You will have gathered that the ‘Laird’ was a dynamic person whose status in life commanded much respect. All those soldiers encamped around Matjesfontein would have looked up to him and his son, my grandfather, and were keen to gain his favour. Signs of their presence in the form of old and rusty Bully beef tins, cartridges, insignia, coins etc can still be found in the surrounding veld. The Victorian half-sovereign which I gave you was dug up in the vegetable garden at Matjesfontein by my grandfather’s gardener, Fanie Jurgens, and sold to my grandfather for one pound (R2-00) – quite a high price at the time and probably the equivalent of a month’s wages.

I think that the ‘Laird’s’ influence was the reason that my grandfather was given ‘treasures’  such as the compass purse of Gen. Wauchope and the hand of Gen Goodenough. The facts of both of these items are as related to me by my grandfather over those years when from when I was about 6 years old till about 22 years when he gave them to me. He in turn would have been given them by the batmen of those generals when he was in his late teens or early 20’s. The truth of their origins may well have been embellished or ‘adjusted’ to suit the moment. Maybe your or Manta’s research will see some interesting facts emerge from the mists of time. In any event the story is a wonderful base for a historical novel with lots of scope for imagination.

As you can see the hand is perfectly formed of wood with flexible finger joints by a skilled craftsman. It was modelled on the general’s other hand and covered in a glove. This was intact at the time it was given to my grandfather but it had long since disintegrated by the time I first saw it. The clasp at the wrist end must have fastened on to the stump of his arm and the clip in the centre of the palm was made to clip in the general’s baton – part of his military regalia. All of this completely disguised his near perfect artificial hand.

The story as told to me was that Goodenough was in command of a garrison somewhere in India at a time of an uprising against the Dutch East India Company or later British colonial rule (Not sure when but probably somewhere between 1750 and 1910, with the most likely time in the latter 1800’s). The officers must have had some women/wives and possibly children present. They had been besieged by the Indians for some time and were starting to run low on provisions and ammunition. They had called for relief – I don’t know how - maybe messenger with cleft stick!

As time went by without relief they were becoming extremely desperate and anxious. The main reason for their anxiety was the knowledge that the Indians had committed serious atrocities such as torture, rape and murder of those they captured. They feared particularly for the women and children – the innocents in the conflict.

When relief was long in coming Goodenough, fearing the worst, called his officers together and the decision was made to rather kill the women and children than leave them exposed to the atrocities at the hands of the Indians. He gave the command which was immediately carried out. Shortly after that relief arrived and the Indians were repelled.

Goodenough was stricken with remorse at the action he had commanded. As requital he either ordered or himself cut off his right hand which traditionally held his sword – the sword of command. In this way he felt he had restored his honour as a soldier. On his return to England he must have been honoured for his achievements and would have continued his career as a soldier with an immaculately constructed artificial hand. The one we have may have been a discarded one that was replaced.

That is all I know about Gen. Goodenough and that is the name used by my Grandfather, but this man may have had a different name or rank and we only have a rough indication of the times. Any research will have to focus on those times and any possible link between events/battles in India and those stationed around Matjesfontein at that time. There may be some link between Goodenough and Wauchope who had commanded the Third or Highland Brigade at Magersfontein.

Good luck with your research,
Dad

Cosy up in our little Karoo village this season with our special room rates!

We invite you to come relax, reconnect and warm up by our fireplace place.
View our latest special offers and make your next memories with us.

*We are working hard to ensure the highest safety measures on the prevention of spreading COVID-19.