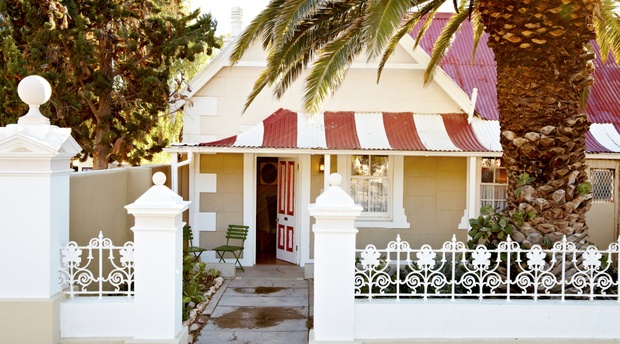 Olive Schreiner, one of the first voices of literature and feminism in South Africa, lived in Matjiesfontein for a number of years.

Schreiner is the author of The Story of an African Farm: the book that put South Africa on the map of the world of literature. In 1890 she moved to Matjiesfontein in a bid to help relieve her asthma.

One of the highlights of a visit to our small desert oasis is that our guests can stay in the very cottage she called home.

A luxurious two-person abode on Logan Street, the cottage is situated next to the Post Office and has a bedroom with en-suite bathroom. There's also a classically furnished Schreiner lounge, where you can sit and imagine her fingers flying over the typewriter as she wrote one of her many acclaimed poems or stories.

While in Matjiesfontein, Schreiner began work on a series of articles, Thoughts on South Africa. In this time she also wrote The Buddhist Priest's Wife as well as On the Banks of a Full River - the former recalls her relationship with Karl Pearson.

This was also the period that Schreiner became involved in the Cape Colony's politics.

Join us in walking in this great novelist, feminist and political activist's footsteps - with a stay in her cottage. A must for fans of literature and history.