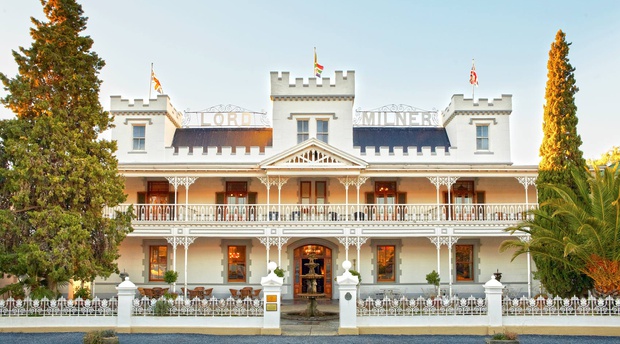 'The Cape has some less famous historic towns brimming with character, quaint guesthouses, and interesting places to eat.'

Why we love it This tiny colonial resort town on the fringe of the Karoo is characterised by exquisite Victorian buildings and lamp posts, and the railway track passing through it (a stop-over point for the Blue Train and Rovos Rail). Founded in 1884, Matjiesfontein was declared a national heritage site in 1975.
Don’t miss The Futtom Fluffy bus tour, courtesy of Johnnie, the tophat- and bowtie-bedecked tourguide/piano player/general entertainer. The 10-minute ride (“the shortest in SA”) passes all the major landmarks – the transport museum, courthouse and jail, coffee shop, post office and fire station, with its vintage fire engine – after which Johnnie declares the tour over, and the pub open!
Fun fact Olive Schreiner wrote The Story of An African Farm while she was living in Matjiesfontein.
Where to stay The inimitably charming Lord Milner Hotel. Time has stood still at this bastion of Victoriana that opened in 1899. And despite a caring refurbishment by the McGrath group in 2011, her (faded) colonial grandeur remains in tact – which might have something to do with staff’s fantastically eccentric Victorian-era kit (think bonnets and bellhop hats). The pool feels like a scene straight out of The Grand Budapest Hotel meets Bagdad Café, with its vintage wrought-iron furniture, a lone windmill and overgrown (Karoo) garden in the background.
Where to eat The food in the hotel’s Dining Room is superb; the fishcakes are particularly delicious, and so is the Karoo lamb. The coffee shop down the main drag serves locally produced sandwiches and salads, and its adjoining farmstall stocks homemade treats such as pomegranate syrup, kweperkonfyt and rusks.
Distance from Cape Town Around 2 hours 35 minutes
TIG reviewer Nikki Benatar